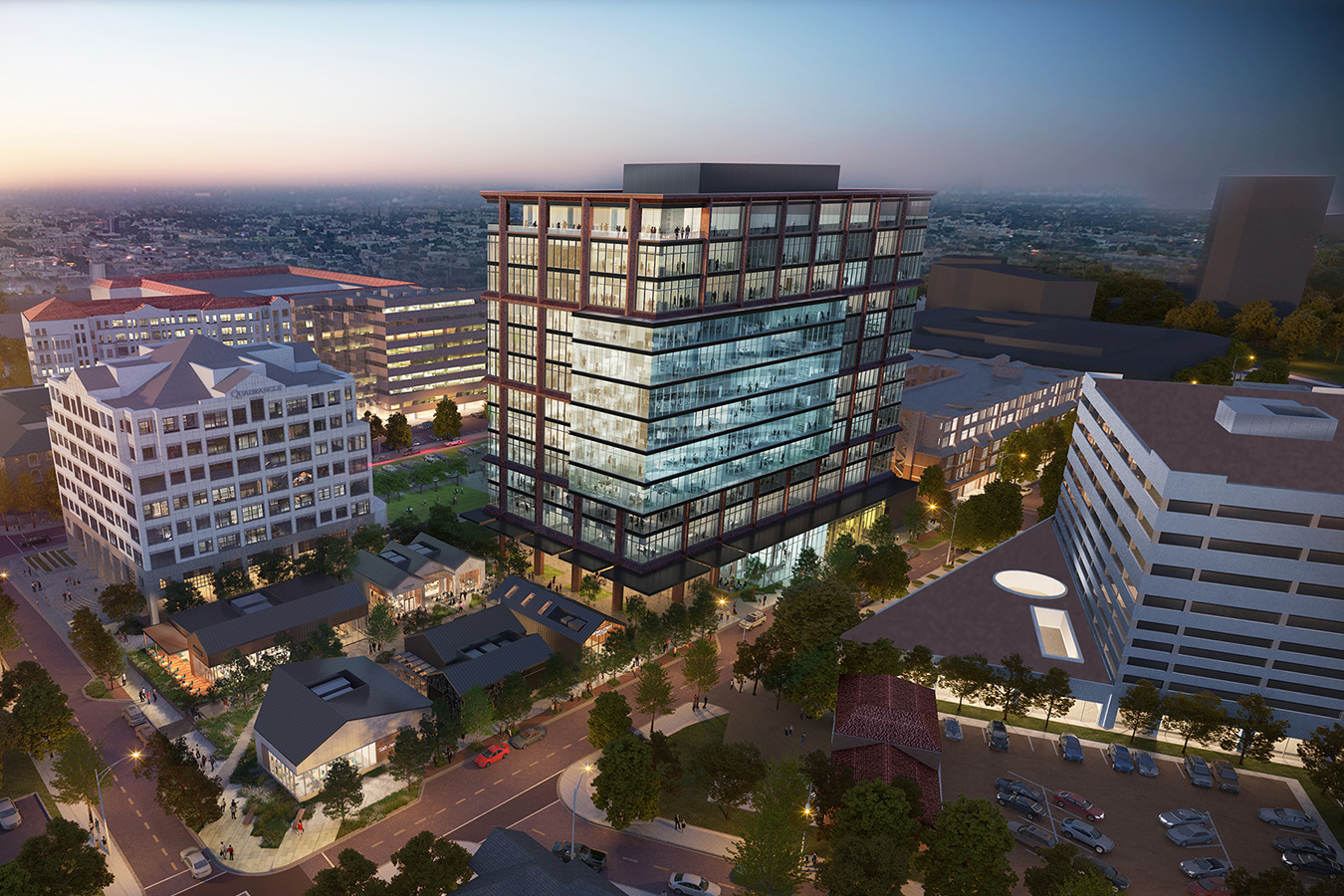 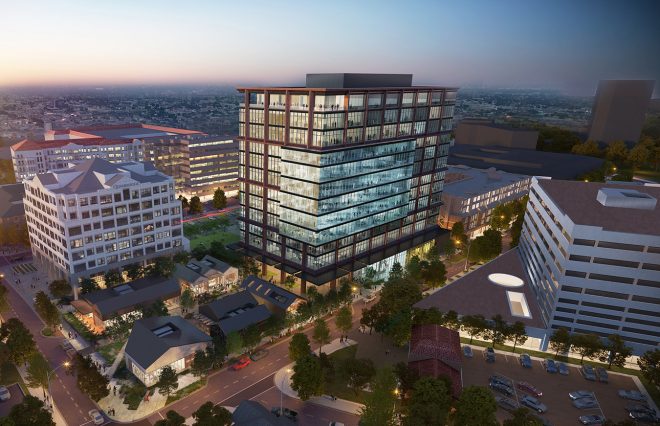 Construction is ready to roll on Uptown Dallas' Quandrangle redo.

Demolition and construction will begin in January to redevelop the 55-year-old Quadrangle retail center with a new office tower. Stream Realty Partners is moving ahead on a plan in the works since 2019.

“Though COVID-19 delayed us by about 12 months, we are breaking ground in January on our 335,000 square foot office tower,” said Stream Realty managing director and partner Ramsey March. “We have conviction around the shortage in Class AA Uptown supply, so will start construction without a lead tenant. We’ll deliver the building in first quarter 2024.”

Called The Quad, the 4-acre high-rise project at Howell and Routh streets was designed by Dallas architect Omniplan. The 12-story office tower will be constructed on Howell Street where low-rise retail is now located.

“There is a lot of retail on the site and we had to move some pieces to start excavation on the tower,” March said. “We are relocating the CrushCraft Thai restaurant from the south side of the block to the north side to make way.”

March said CrushCraft will remain open during the construction.

Stream Realty will also renovate and expand the popular Theatre Three, which is adjacent to the office tower building site.

March said with strong demand for office space in Uptown and many projects delayed because of COVID-19, he sees a shortage of top-quality projects.

“That’s why we decided to go with a speculative building,” he said. “We are already seeing a lot of interest in the project.”

Only two new office buildings are opening in the area north of downtown this year. And several other planned office towers are two or more years away.

Along with the new offices, Stream Realty’s Quadrangle redo will include construction of retail space on Routh Street.

“The retail will be as initially proposed,” March said. “We’ll have five new retail bungalows and a quarter acre pocket park.”

Austin Commercial is the general contractor for the project.

Stream Realty is still considering plans for the site of the former Ginger Man pub and restaurant, which is on Boll Street across from the Quadrangle.

“We have a lot of different ideas for that site,” March said. “We think it’s in a great location.”