Over 100 different jobs for kids to try out 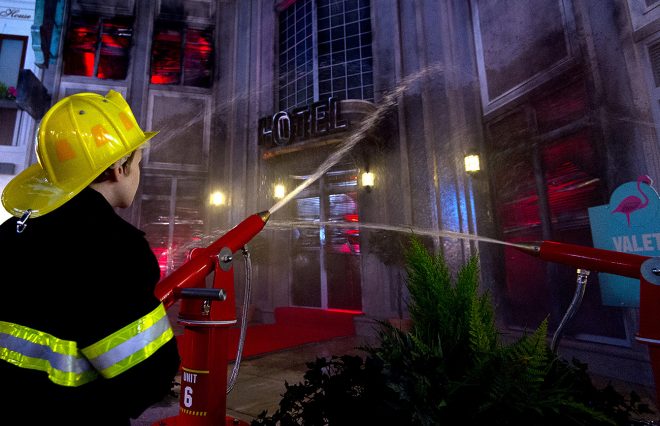 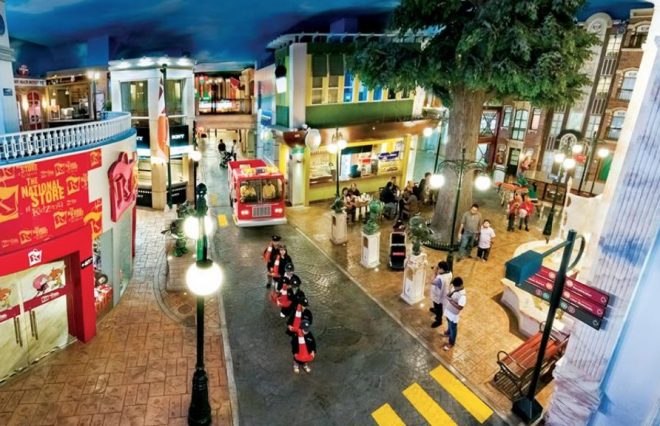 A new kind of indoor theme park that teaches kids through role-playing will make its U.S. debut next year at Stonebriar Centre mall in Frisco.

KidZania is a highly detailed world of let's pretend set in a mini-city complete with buildings, paved roads, vehicles and its own currency called kidZos. With plenty of dress-up clothes and props, kids can choose from about 100 different jobs.

Playing dress-up is nothing new. But KidZania takes the concept to a whole new level. Company officials say it's the world's fastest growing experiential learning center for ages 4 to 14. The 80,000-square-foot space will be custom-built just outside the mall along Preston Road and State Highway 121 in Frisco.

"Frisco has always been drawn to partners which focus on families, education and entertainment, so we have a lot in common with KidZania," Frisco Mayor Maher Maso said. "The company's innovative approach to inspiring and learning will undoubtedly be a big hit here."

According to the company, research has shown that by giving kids access to real-life activities that both entertain and inform, they will build better life skills and stay focused in school.

"The Dallas-Fort Worth area is a very family-oriented community and home to many of the forward-thinking educational partners and dynamic Fortune 5000 and local companies that we want to partner with to make KidZania successful," Gregory Knoop, chief development officer for KidZania USA, said in a prepared statement.

At KidZania, kids there can try their hands at detective work for the local police force. They can test their piloting skills in the cockpit's flight simulator. Firefighters use real water to extinguish fake flames. Kids can go on an archaeological dig, preside over a trial or host a radio show. They can be dentists or artists.

With each job, the children pick up some real-world skills. They also learn about teamwork and how society functions. Guiding them through all the activities are adult Zupervisors. When their job is done, kids earn a paycheck, minus taxes, of course.

With that kidZos currency, they can go shopping at the grocery store, which offers life-like samples or real food where appropriate. They can also rent a mini electric car or pay for other privileges. Thrifty kids may even save their earnings for a future visit.

KidZania USA is owned and operated by a partnership led by E2W. The company is also planning to base its corporate headquarters in Frisco. The company expects to bring about 450 jobs.

"Young families in Frisco, North Texas and beyond will find this destination more than a fun day out," said Jim Gandy, president of the Frisco Economic Development Corporation. "KidZania offers a hands-on learning experience for the youngest of the future workforce by allowing them to role play what it's like to be an employee on the job."

KidZania was founded in 1999 in Santa Fe, a suburb of Mexico City. It now operates in 24 locations around the world, including London, Dubai, Tokyo and Bangkok. Each location receives about a half million visitors a year, according to the company.

Its expansion into the U.S. is part of a joint effort with GGP Inc., which owns and operates Stonebriar Centre. The second U.S. location will open in 2019 in Chicago's Oakbrook Center, another GGP property.

Stonebriar is within one of the region's highest concentrations of retail.

Nearby is more retail at Frisco Bridges and offices at Hall Park. Within a short drive is the city's $5 Billion Mile where the Dallas Cowboys are based and continue to build out at The Star in Frisco. Still under construction are mixed-use developments Frisco Station, Wade Park and The Gate. On the other side of State Highway 121 is Plano's new Legacy West development and The Shops at Legacy.

"Customers want new, innovative options at regional shopping centers," Sandeep Mathrani, CEO of GGP, said said in a news release. "We've embraced working with KidZania for their remarkable concept that aligns with our mission to provide an outstanding environment and experience that customers have come to expect from us."