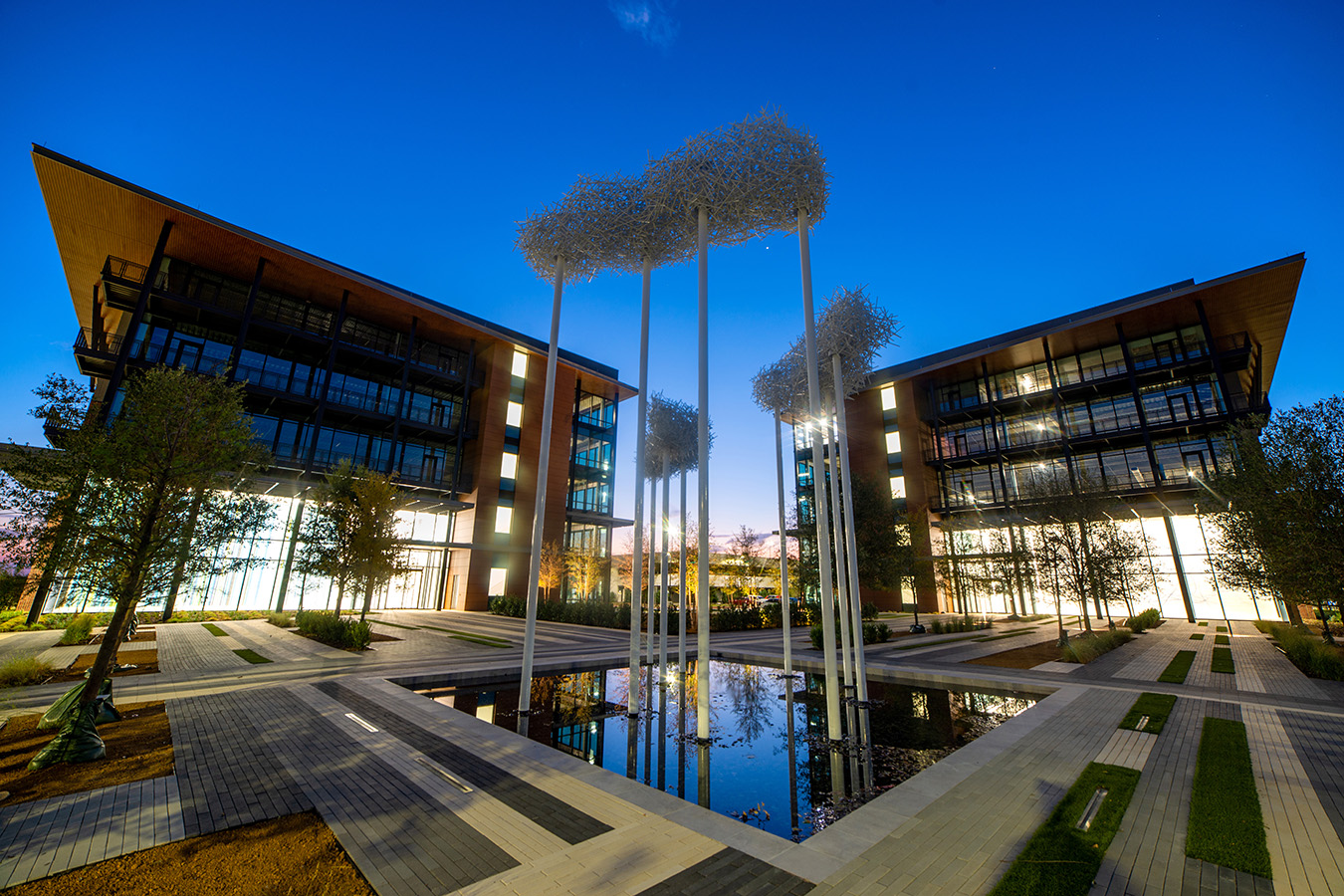 Each building is conditioned with VRF systems with dedicated outside air units. 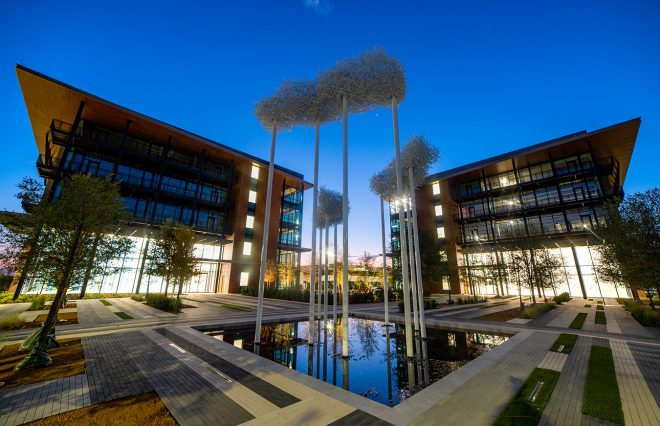 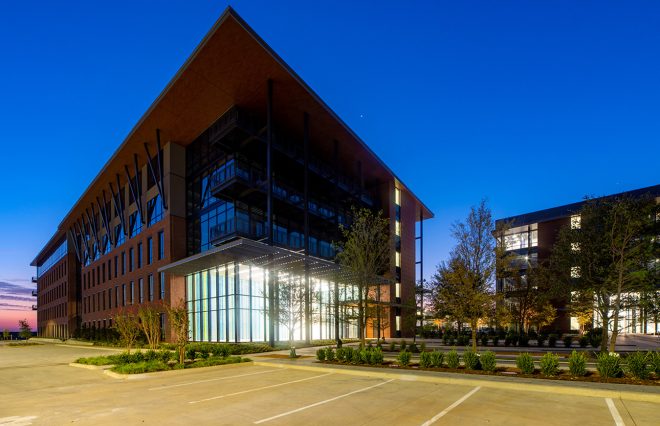 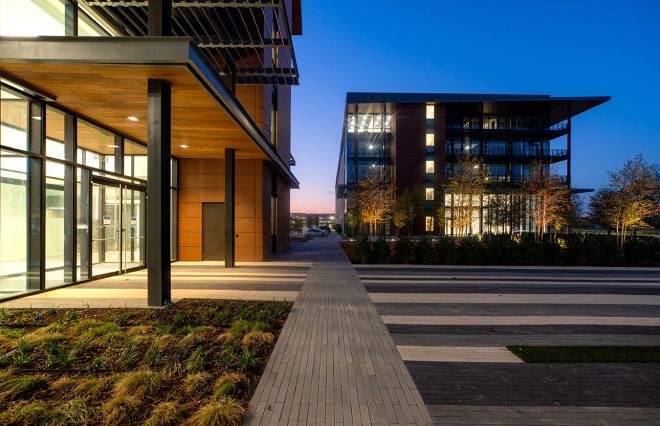 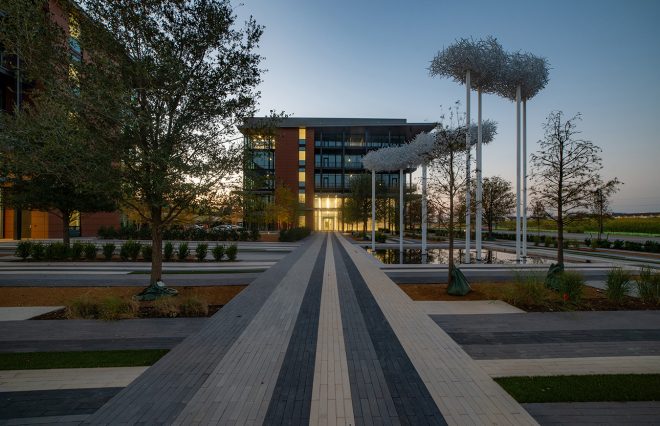 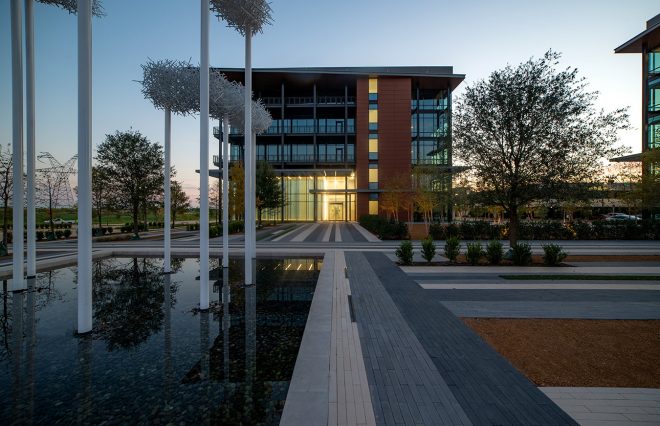 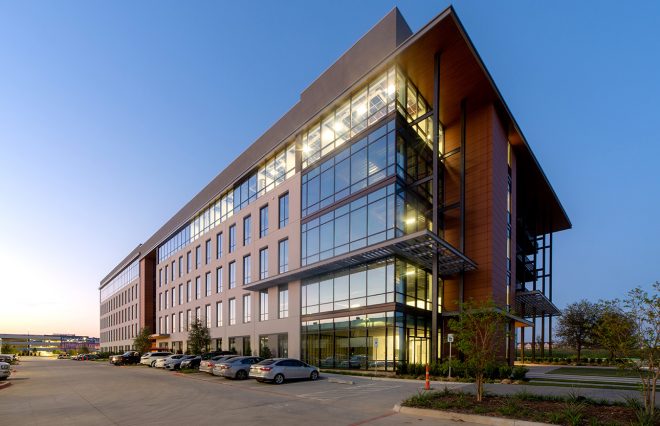 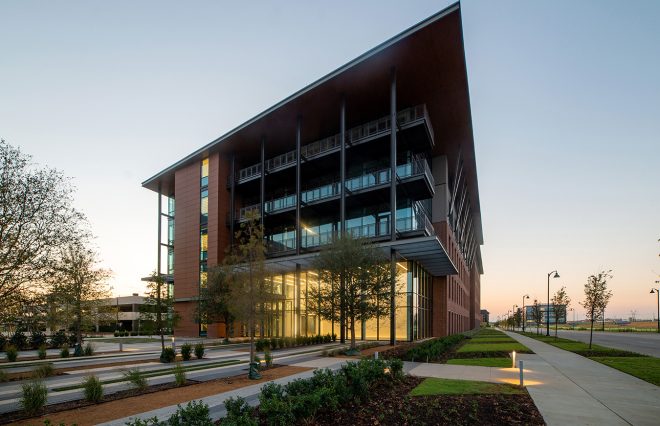 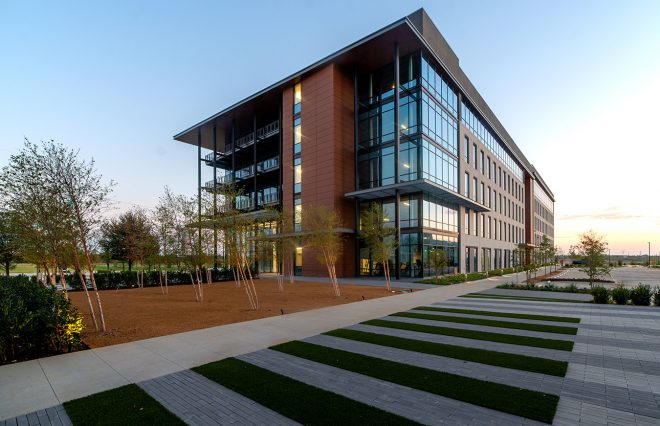 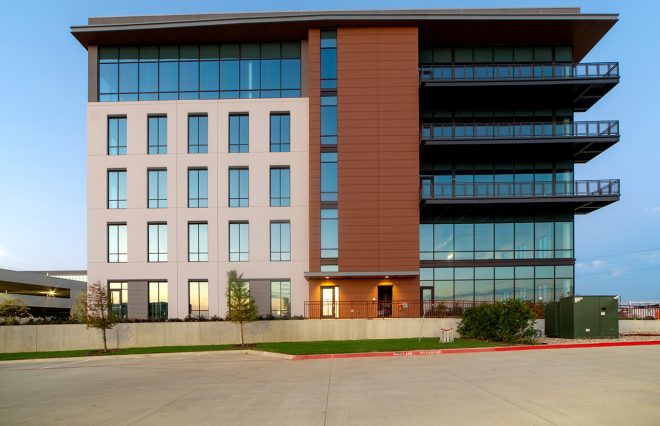 After constructing more than a dozen mid-rise office buildings in the project on LBJ Freeway at Belt Line Road, Billingsley is drawing up plans for an office tower overlooking North Lake.

"We have decided to go 10 stories on it," said Billingsley Co. partner Lucy Burns. "We are working with O'Brien Architects on the project."

The planned high-rise would be constructed on Olympus Boulevard as part of Billingsley's mixed-use Sound development on the shore of the lake.

The proposed office tower would be across the street from restaurant firm Brinker International's new headquarters.

"We started those in mid-February, and they will deliver this time next year," said Burns, who is CEO Lucy Billingsley's daughter. "We have tenants in our existing buildings that want to grow, and they need the space."

The two office buildings already under construction, also designed by O'Brien, will add 400,000 square feet of space and share a parking garage.

The most recent office construction is in the Sound district, which also has apartments, retail and restaurant space. Telecom firm Nokia has started moving the first of its 2,000 workers into two office buildings in that area.

With demand from businesses so strong, it's no surprise that Billingsley Co. is pushing ahead with high-rise buildings.

"We decided we wanted the density and urbanity there," Lucy Billingsley said. "I think the taller buildings will be a game-changer."

Billingsley Co. bought the land for Cypress Waters in 2004 and has been steadily adding to the project. The development is still less than half-completed.

"We can do 8.5 million square feet of offices and 10,000 apartments," Billingsley said.